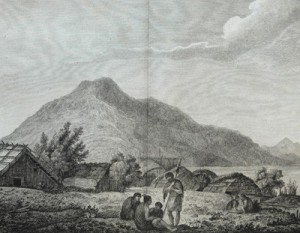 Abstract
How did the artists of the Cook’s expeditions represent the “other” architecture? In : JCCS-a, Journal of Comparative Cultural Studies in Architecture, N°4. 39-49.

Topic of this article are the etchings engraved after the works of the three artists of the Cook’s expedition. The main point of this research is however about the etchings of architecture of Oceania. This article encompasses also examples from other Cook’s voyages in different places such as: South – and North America and East- Russia. These works of Sydney Parkinson (1745?, Edinburgh – 1771, Batavia), William Hodges (1744, London – 1797, Devon) and John Webber (1751, London – 1793, London) are important testimonies of the original and now vanished culture and architecture of these regions. The inhabitants did not write, so we do not have any material and written documents from them about their architecture prior to the arrival of the first European explorers. These etchings are the first physical testimonies according to the European understanding of the architecture Oceania’s, region that had just been discovered. Their venue witnessed and described the way Europeans considered Oceania. These two totally different worlds met: on the one hand Europe and the scientists, described as an “advanced civilisation”, on the other hand, inhabitants of the Pacific Islands, and South- and North America as well as East-Russia, who had been seen as “noble savages”. Each of these regions had their own cultures, rites, traditions and also their way of life. Because they were deep involved in their own vision and aesthetical criteria, it was quite difficult for Europeans to understand this new world in an objective way. How did they manage to do this? How did they consider these new people and constructions? To study architecture which is static and lifeless is different than to study a population, which is also a very important point by these artists’ works. The study of architecture does not allow the flexibility as the study of a population does: people with their body languages, postures, moods etc. can be more easily interpretated, without that the picture becomes wrong. Interpretation is not allowed in the study of architecture, because it falsifies reality. But how precise were these artists? After an introduction to James Cook’s voyages and about the role the artists played on these expeditions, we will study more deeply the relationships between the artists and this new architecture. Were they realistic in the way they represent this art, especially in the architectural representations? What opinion did they have on this topic? Was architecture really important to them or was it, on the contrary, a background, a frame for their art? We will look at how far the artists invested themselves in this field, with the chapter on the interiors of the home. Also we shall study the housing estates. These subjects are important to a painter who was interested in architecture. At the end we will also conclude and measure how far the artists went on these research missions and how far these three different visions from three different persons do have a huge impact on architectural studies.