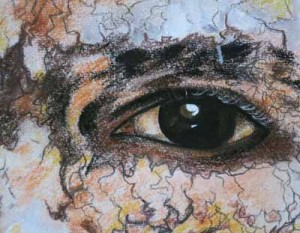 This article concerns the contemporary art from Papua New Guinea (PNG), in particular painting and drawing. With the founding of art schools in 1969, a modernizing artistic movement was established in PNG, which also coincided with a period of cultural and political change in that country. Soon afterwards, in 1975, Papua New Guinea achieved its political independence. Due to the important Papuan carving tradition, which played a significant role in traditional cultures, and due to the lack of necessary materials for the “arts of paper”, this kind of artistic expression was almost nonexistent before 1969. In fact, as this area of art remained unexplored, PNG artists had to invent their own tradition. The main question of this article is where those modern artists drew their stylistic and thematic inspiration from: the local or the European repertoire? [Papua New Guinea, visual arts, picture analysis, cultural influences]

The aim of this article is to analyse the way the club is used in Polynesian societies of the 20th and 21st centuries. Due to the large scale of this topic, we will focus chronologically on the time frame from the sixties to the present; geographically we will analyse examples from New Zealand and the Samoa Islands. We will explore the club’s uses, firstly, in a prestigious and rhetorical context (New Zealand), secondly in an artistical and ritual one (Samoa), and thirdly in a warlike one (New Zealand). We will ask ourselves how the role of this very important object for the traditional Polynesian societies has changed to adapt to a contemporary society. [Polynesia, Samoa, New Zealand, club, material culture, traditional societies, cultural revival]